There are 2 types of saw teeth patterns, ripcut and crosscut. Ripcut is where the teeth are sharpened straight or square across, this tooth pattern is designed for cutting with or along the grain. Crosscut is where the teeth are sharpened from alternating sides to create bevelled points to the teeth, these teeth are specifically designed for efficient cutting across the grain of the wood. For both types of saw, the teeth are bent slightly in alternate directions (this is called ‘set’) using a sawset (see more in our ‘Setting up & Sharpening Guide’) as this allows the cut to be slightly wider than the the thickness of the saw plate (blade) itself, enabling you to move the saw into and through each cut with ease. You can sharpen any saw to either one of these two tooth patterns, however it doesn’t make too much difference in saws with smaller teeth so Paul recommends sticking with a ripcut for all back saws and saws with more than 8 PPI to get you started. As the teeth get bigger, it is more important to have dedicated saws, one to each tooth pattern. To read more about using saws, click here.

There are three main types of saws; backsaws, backless saws and frame saws, the difference is the way the blade is supported. Backsaws have a metal rib running along the full length of the back of the blade and frame saws have a frame structure which allows tension to be applied to the blade itself. Backsaws can range in size up to 14” (355mm), and the backless saw, which relies on a certain level of stiffness in the blade alone for solidity in the cut, can range up to 30” (762mm). 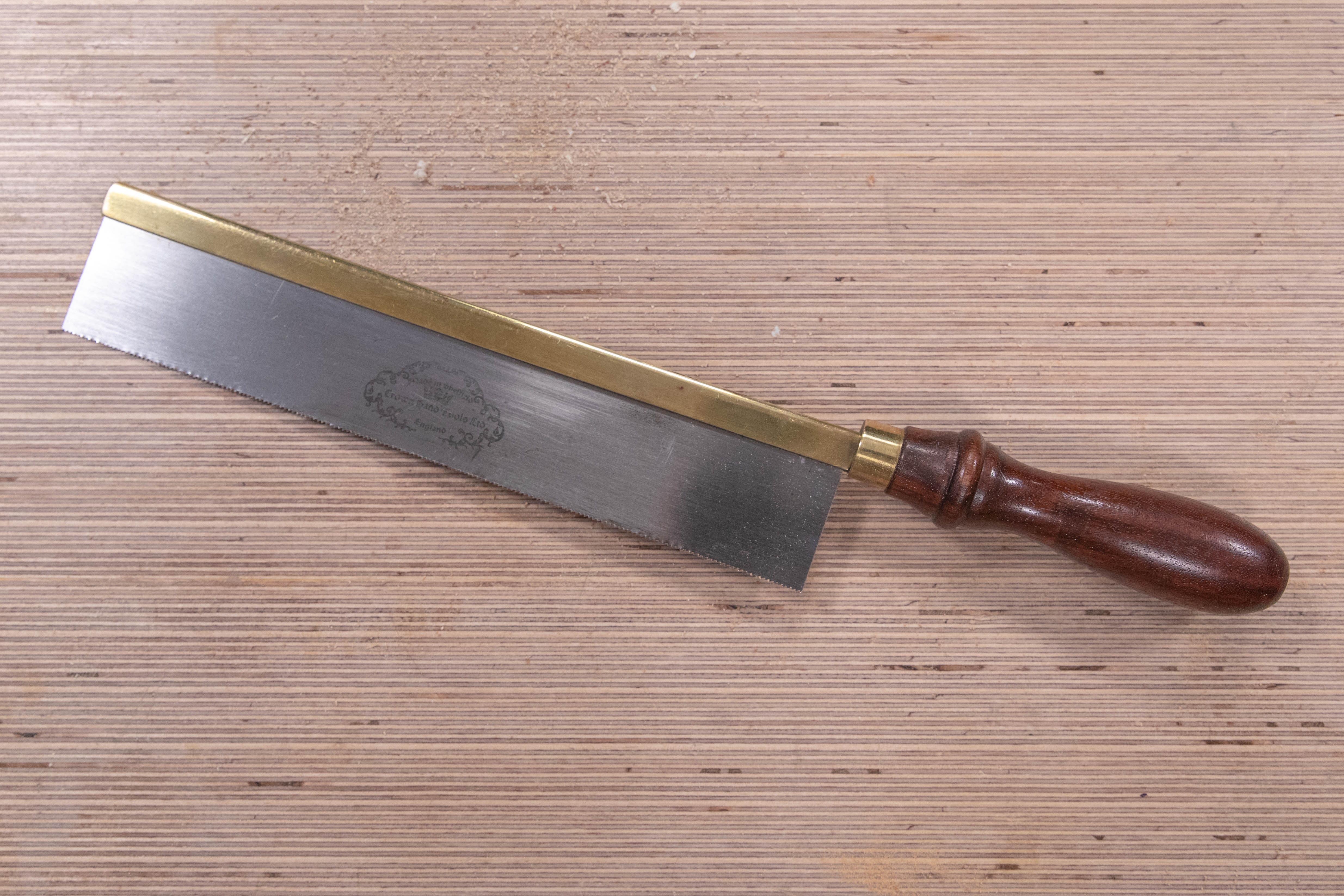 Disposable Saw- A saw not made to last, often identifiable by the handle but more evident by the teeth type which are often darker than the main body of steel (having been hardened). A plastic handle with hardpoint teeth are good indicators that the saw is disposable and cannot be sharpened.

Parts of a Handsaw: 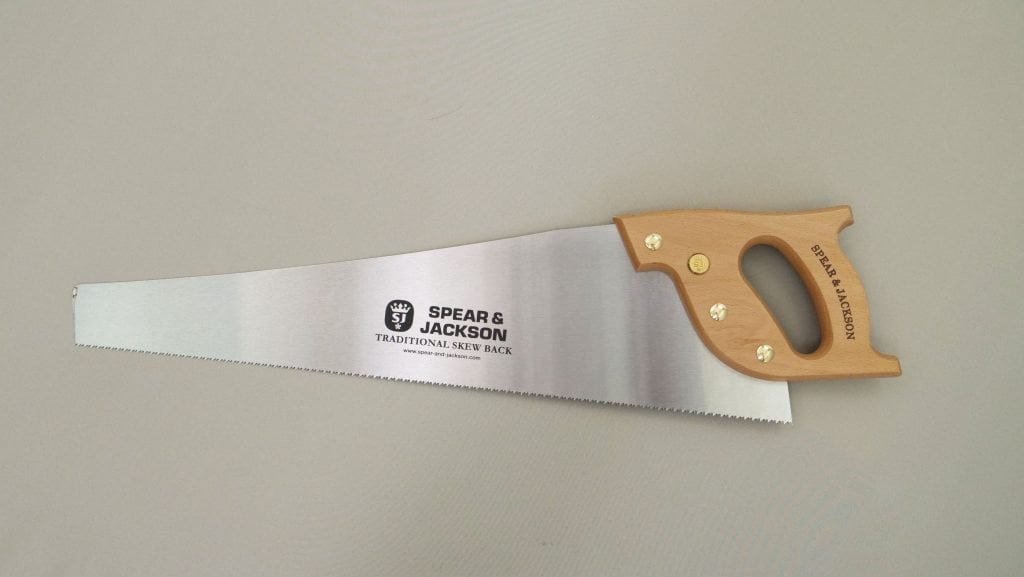 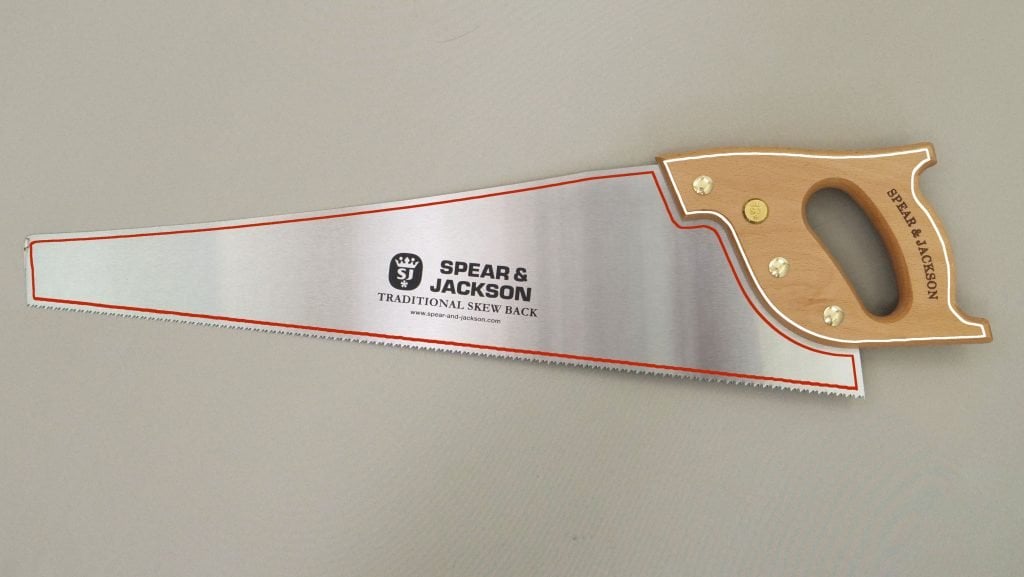 Parts of a Dovetail Saw: 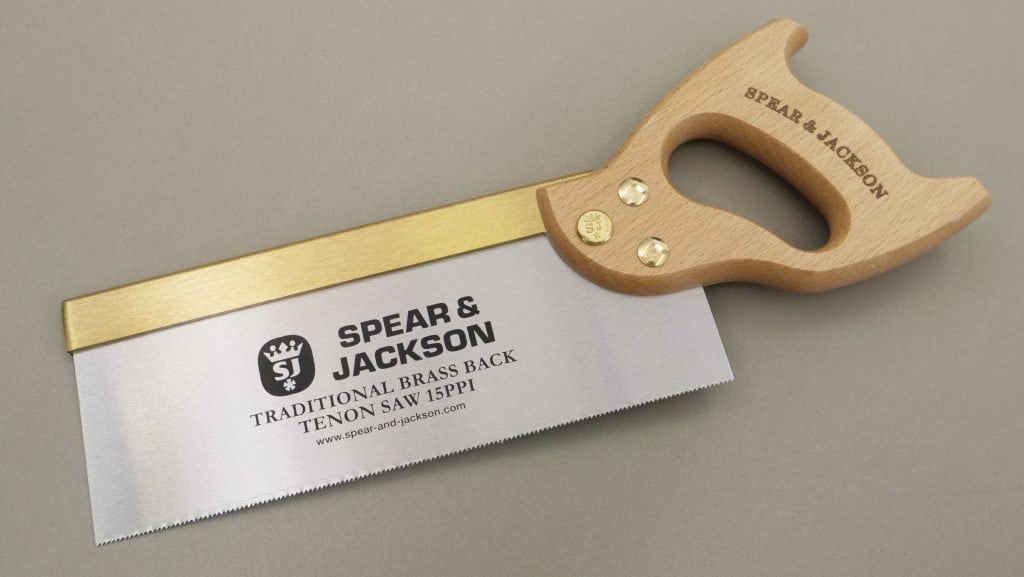 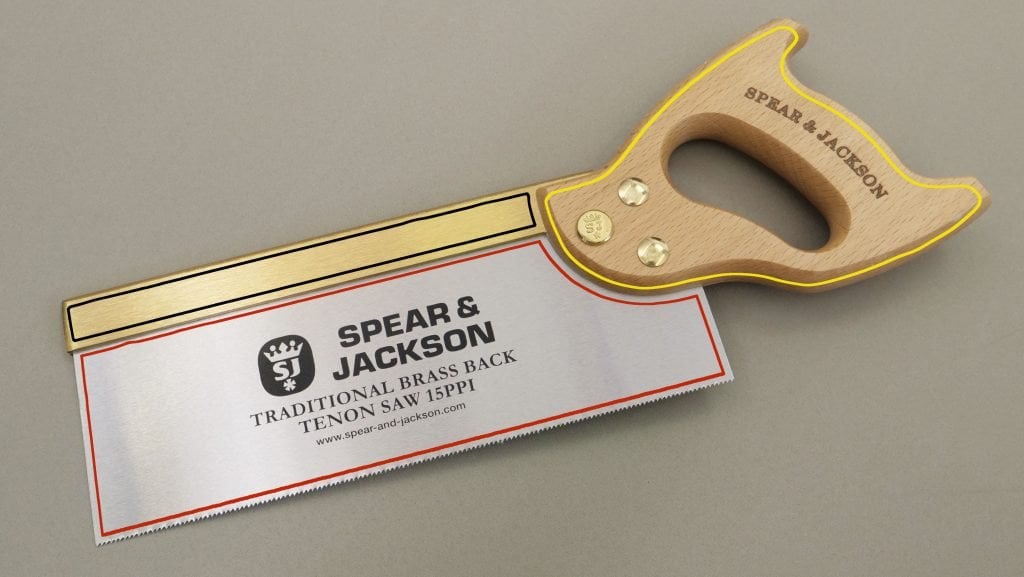 Parts of a Tenon Saw: 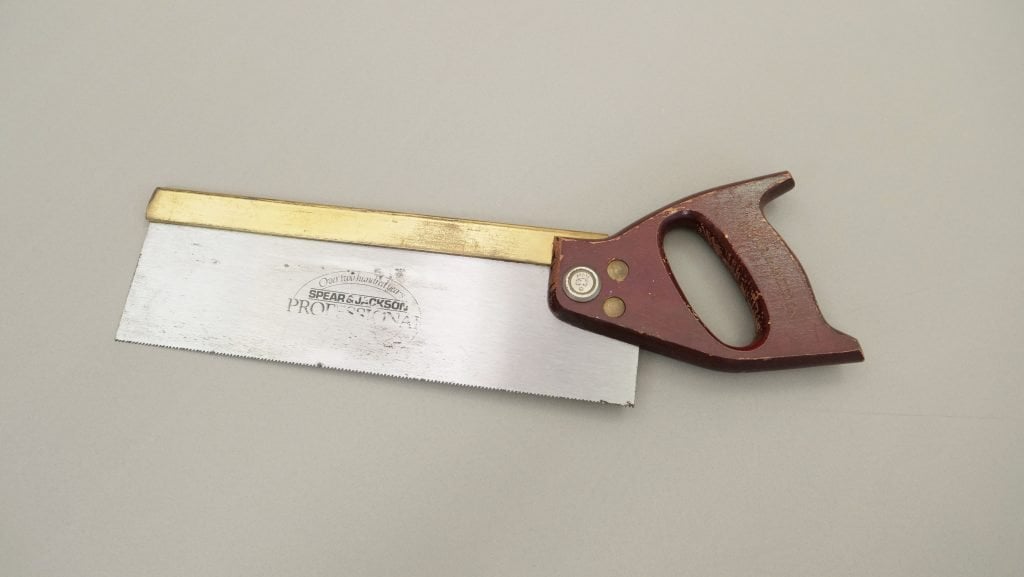 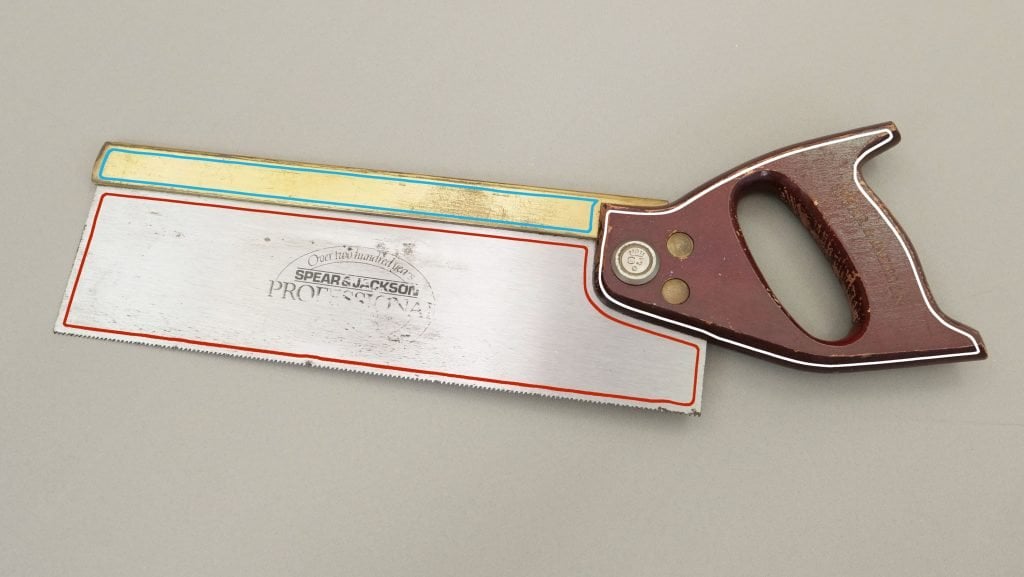 Parts of a Coping Saw: 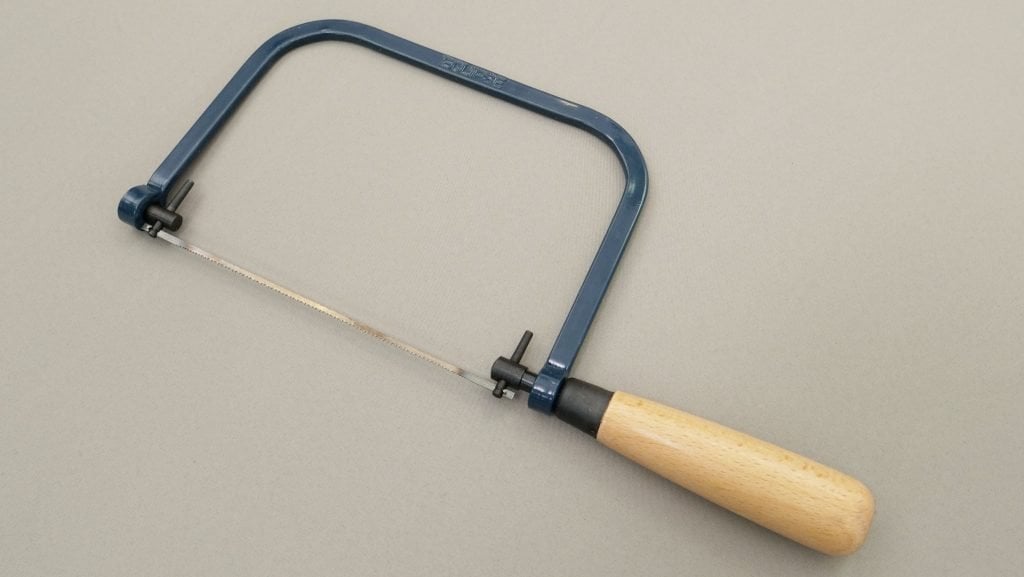 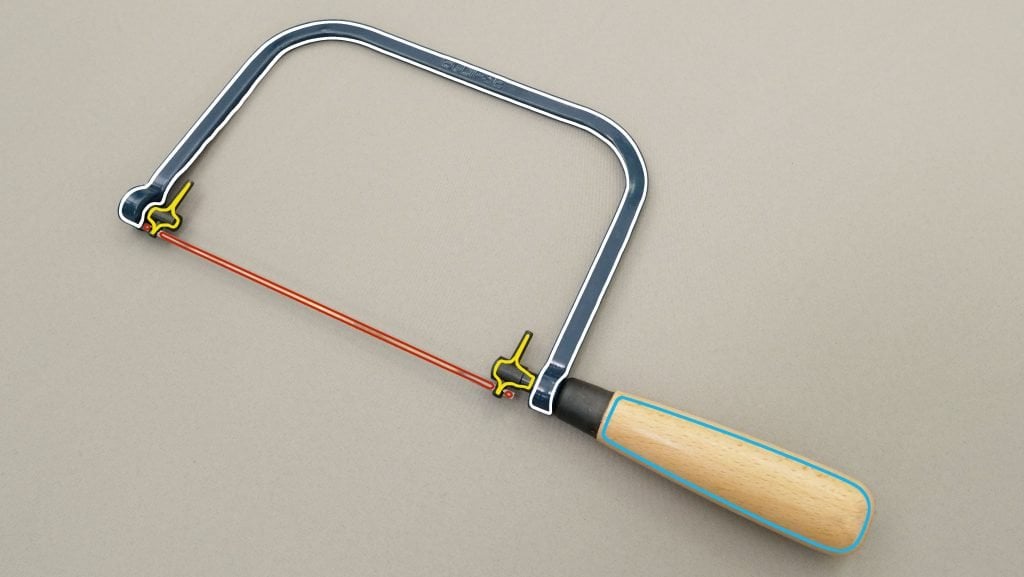 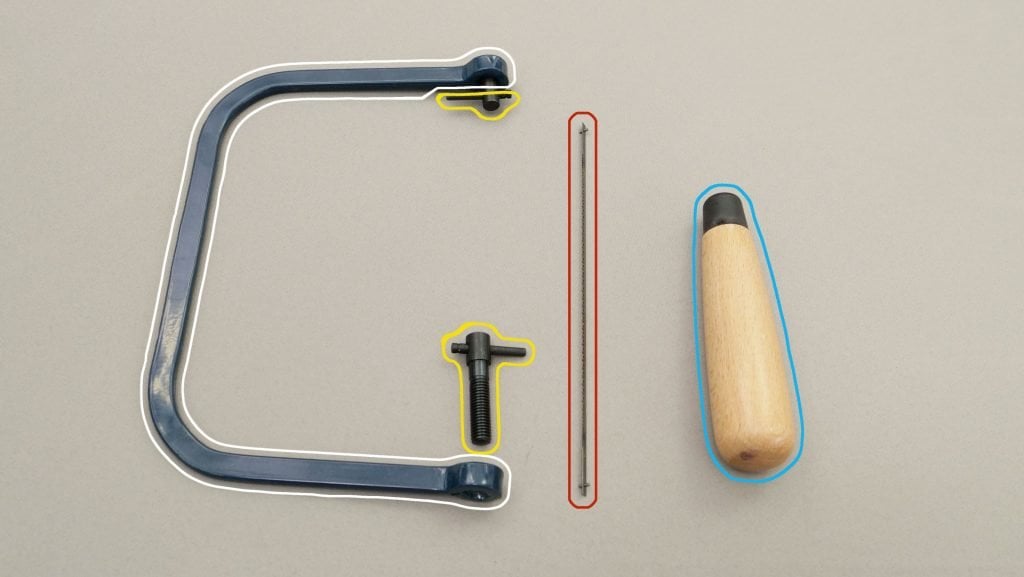 *The adjuster that passes into the handle is also the tensioner.

Comparing Saws For Getting Started